There is a ranch where cheese that French people highly praise is produced in Nagawa Village in Matsumoto City, Nagano Prefecture. This ranch and the cheese factory are operated by Mr. Norihei Shimizu and his wife Harumi, and the factory is in the forest of the Japanese Northern Alps at an elevation of 1,400 m. Mr. Shimizu moved all over the mainland with his family and cows in search of a place where he could produce cheese that is comparable with Alpage cheese which Mr. Shimizu had thought was the most delicious cheese. In 2005, approximately five years ago, he finally found an ideal location, and it was in Nagawa Village. Alpage cheese is a type of cheese handmade by farmers in summer ranches on the slopes of the European Alps. It is made of milk rich in flavor pumped from cows and sheep that fed on wild flowers or grass mixed with herbs; therefore, it is full of flavor and internationally recognized as a tasty cheese.

The Shimizu family now owns approximately 30 cows and 50 sheep. The cows are of the Brown Swiss breed. It is a type of breed that is improved based on the breed that is native to Switzerland. The cows and sheep are grazed on 60 hectares of grassland surrounded by forests that spread from an elevation of 1,400 to 1,800 m. The grazing period starts at the end of May, when the snow melts and grass grows, and ends at the beginning of November. Fresh milk from these cows that eat the grass and drink clean spring water is made into extra mature hard cheese called Bargkass or semi-hard washed cheese. The reputation of cheese handmade by the Shimizu family has quickly spread across Japan and the Shimizu family is now sometimes unable to fulfill a large number of orders that come via phone or fax everyday. Their French customers also highly commend their cheese as being rich in flavor.

Mr. Shimizu at his grazing land

Furthermore, the Shimizu Milk Farm and the cheese factory has been contributing to the revitalization of Nagawa Village, which is a mountain village with a declining and aging population. Every year, 20,000 people visit the cheese factory. Some stay at nearby accommodations, and some buy soba (buckwheat noodle) which is the specialty food of the village. Also, local female residents have started to produce and sell bread and custard puddings made of flavor-rich fresh milk from the Shimizu Milk Farm. All of the above are now having positive impacts on the local economy.

Mr. Shimizu grew up in a family with his father who worked as a salaried employee. He studied livestock sciences at university. After graduating from university, he started a ranch operation in Okayama Prefecture with his wife, who was his classmate, to produce tasty milk products (i.e. cheese) that he was happy with. The type of cheese that Mr. Shimizu thought was the best was Alpage cheese, handmade by European Alpine farmers in their mountain lodges. Alpage cheese is a type of mountain cheese. From the early summer to the fall, dairy farmers living at the base of the Alps take their cows and sheep to grazing land on the slopes of the Alps. Cows there eat grass mixed with flowers and herbs, and cream-colored milk rich in flavor obtained from these cows is used to produce homemade cheese in their mountain lodges.

Scenery around the Shimizu Milk Farm

Mr. Shimizu selected Brown Swiss cattle to produce the cheese of his dream. The Brown Swiss breed was bred specifically for milk production purposes from cows native to Switzerland. They produce less milk than Holstein cows, but they have strong legs and their milk is suited for cheese production. When he first started to raise the Brown Swiss cows, there were very few breeding cattle and the amount of related technical information available was insufficient. He therefore had a very hard time breeding and raising them.

Believing that production of tasty cheese would require tasty milk, and to get that tasty milk, raising cattle in a place where there was fresh air, lush greenery, and clear water was essential, he first moved from Okayama Prefecture to Shiga Prefecture and then to Nagano Prefecture (Mimakihara, Tomi City) with his family and cows. Finally in 2005, he found the ideal place at the current location (Nagawa Village, Matsumoto City).

The grazing land in autumn

About the Shimizu Milk Farm and Cheese Factory

Owned by the limited company Sangaku Bokuchiku Kenkyukai (meaning mountain stock raising workshop), the Shimizu Milk Farm and Cheese Factory operated by Mr. Shimizu is in Nagawa Village in Matsumoto City, Nagano Prefecture. After approximately an hour’s drive from Matsumoto station on the JR Chuo line of  to Nomugi Hill, along Nomugi Way, there is a small signboard that reads “(有)山岳牧畜研究会自家製チーズ (Sangaku Bokuchiku Kenkyukai Homemade Cheese),” which may be overlooked if one is not careful. To get to the cheese factory, you must drive further up the forest road to an elevation of 1,400 m. There, the cheese factory, a building with an office and shop, and the Shimizu residence can be found. The grazing land is approximately 1 km away from the factory. It is in the forests that spread from an elevation of 1,400 to 1,800 m. The area of the grazing land is 60 hectares. At the cheese factory, a male employee responsible for agricultural work and a female employee who serves as a sales clerk are working alongside Mr. and Mrs. Shimizu.

On the ranch, the Shimizu family raises approximately 30 Brown Swiss milk cows and approximately 50 Friesland sheep. For approximately 5 months, from the end of May, when the snow melts and grazing can start, to the beginning of November, cows eat grass, drink clear spring water, and produce flavor rich milk on the 60 hectares of grassland. It spreads from an elevation of 1,400 to 1,800 m, is surrounded by fresh air, and there is Northern Alpine underflow water nearby. Using this milk as an ingredient, Mr. Shimizu produces cheese and yogurt with passion. For example, he produces extra mature hard cheese (“Bargkass”), produced during summer grazing and matured for 10 months, semi-hard cheese with its surfaced washed with salt water, and goat cheese (available only in early summer). 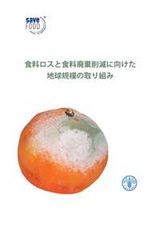 The place the Shimizu family arrived at at the end of their search for an ideal place for a ranch and cheese factory operation was far away from the nearest villages, and Mr. Shimizu was at first worried whether people would come this far to buy cheese. The reputation of his tasty cheese, however, quickly spread across Japan and the products were introduced on TV, resulting in the reception of a large volume of product orders. His French customers also highly commend his cheese, and some of them buy his cheese every time they come to Japan. Orders are taken only by fax and phone, and throughout the year, many orders come in. His cheese is so popular that sometimes the orders could not be fulfilled.

Also, from the spring to the fall, 20,000 people come to the ranch annually to enjoy hiking or to buy cheese.

We would like to show our respect to Mr. and Mrs. Shimizu who have realized a profitable as well as sustainable dairy farming operation in a mountain area by focusing on producing and providing high quality and tasty dairy products.

Collaboration between the Local Community and the Shimizu Milk Farm

The Nagawa Village in Matsumoto City, where the Shimizu Milk Farm and Cheese Factory is located, is in a mountain area. In this area, there are a total of 370 households, and 190 of them are farmers (as of 2007). The size of their operations is small, and two-thirds of them own a farm of a size of 0.5 hectares or less. Moreover, the farming community is rapidly aging. The major businesses in this area are agriculture, forestry, and tourism. In agriculture, buckwheat, beans, and vegetables are produced. Among them, buckwheat is the specialty food of this area, and there are many restaurants that serve delicious soba in the urban areas.

In animal farming, in the past there were many farmers who raised cows that were used both in soil cultivation and milk production (700 cows at the peak). Currently, however, only six or seven households are raising approximately 20 Japanese Black cows each for breeding.

When opening the Shimizu Milk Farm, the local administration and Mr. Shimizu agreed that the ranch owner, Mr. Shimizu was responsible for providing anti-water contamination measures (such as night-soil disposal) in order to protect the environment of the water resources.

The Shimizu Milk Farm and Cheese Factory has contributed to the revitalization of the local community because: j Two locals have been hired, k ranch visitors (approximately 20,000 people per year) have positive economic effects due to their food consumption (such as soba), lodging, and sightseeing, l local communication increases when milk products such as cheese are provided at local events, and m compost is sold to buckwheat farmers (Shimizu Milk Farm to deliver by a pickup truck). Also, local female residents have started to produce and sell bread and custard puddings made of flavor-rich fresh milk from the ranch which has contributed to revitalization of the local community.

Currently, the city, prefecture, and the central governments are cooperating with each other to construct pathways around the ranch. Once the construction is complete, it is expected that more people will visit Shimizu Milk Farm and the surrounding areas and revitalization of the local community will be further promoted.