In late October, when autumn was drawing on, I visited Samegawa Village (400 to 700 meters above sea level) in the mountain area in the south of Fukushima Prefecture, about 160 kilometers north of Tokyo, to see a dairy farmer Mr. H. Funaki who kept about 30 heads of dairy cattle there.  The aim of the visit was to observe Mr. Funaki’s efforts to use abandoned paddy fields (unused paddy fields) for grazing of dairy cattle with the purpose of breaking away from conventional dairy farming that depends heavily on imported grains and of contributing to the maintenance of rural landscapes.

One of the characteristics of the Japanese livestock industry is its low feed self-sufficiency ratio.  Above all, the self-sufficiency ratio of feed in dairy farming is extremely low with a national average of 34.9 percent (2009) and an average of all prefectures other than Hokkaido of 16.7 percent, which means Japan’s dairy farming depends on foreign sources for more than two-thirds of its feed.  The total amount of imported feed grains was 14,266 million tons in 2009, which includes 10.632 million tons of corn imported from the U.S..  Recently, soaring international grain prices have severely affected the management of Japanese dairy farmers.  Therefore, there is an urgent need for dairy farmers to lower feeding costs by cost reduction measures such as improving productivity of self-supplied feed and by grazing livestock.  As one of the measures to address this issue, efforts to utilize paddies of abandonment of rice cultivation and fields as pastureland have been spreading all over the country.  Recently in Fukushima Prefecture, where the percentage of land not being cultivation is high, the use of abandoned cultivated land for grazing of beef and dairy cattle has been increasing.

In 2006 (five years ago), Mr. Funaki started grazing dairy calves in abandoned paddy fields under the guidance of the village office, the National Livestock Breeding Center, and the Fukushima Prefecture Kennan Agriculture and Forestry Office.  Since then he has enlarged the scale of pasturage.  Now he grazes cattle on 1.11 hectares of abandoned paddy fields including 0.7 hectares of leased land, which enables him to reduce feed costs and save on labor in rearing management of dairy cattle.

Samegawa Village, where Mr. Funaki’s farm is located, lies at the southern end of the Abukuma Range in the south of Fukushima Prefecture.  The village is in a hilly part of the Abukuma Range and ranges from about 400 to 700 meters above sea level.  Narrow intermountain places are used as cultivated land such as terrace paddy fields, while meadows and pasture spread in gently sloping areas on hilly terrains.  The average annual temperature is about 10 degrees Celsius, and unusually cold weather sometimes influences crops in this village located high above sea level.  In addition, the temperature remains low from December to March, sometimes dropping to below zero.  The key industry of the village is agriculture, but each farmer’s management is conducted on a small scale.  (Nearly 80 percent of farmers have less than 1.5 hectares of fields.)  Many farmers are engaged in multiple farming that combines stockbreeding with rice cultivation or with cultivation of summer and autumn vegetable crops.  Abandoned paddy fields, where retired or aged farmers abandoned rice cultivation, are dotted throughout the village.  Now they are overgrown with weeds higher than a man, which detracts from the beauty of the rural landscapes.  In order to utilize limited land resources effectively and to maintain the rural landscapes, the village office is recommending farmers to revitalize abandoned paddy fields as pastureland. 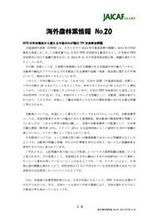 Mr. Funaki’s farm is about an hour drive from Shin-Shirakawa Station on the Tohoku Shinkansen line.  It is situated in a typical intermountain area, surrounded mainly by forests and small-scale paddy fields.

Mr. Funaki, whose children have already left home, raises 31 heads of Holstein cattle including 22 delivered cows with his wife mainly by drylot feeding.  His farmland is divided into 3.3 hectares of paddy fields (including 0.7 hectares of leased land), 3 hectares of upland fields (including 1 hectare of leased land), and 0.7 hectares of leased meadows.  He grows corn for silage in the upland fields and grass for hay in the meadows.  However, the amount of the self-supplied feed is insufficient, so he buys large amounts of compound feeds made from corn, etc. and imported hay.  Because the soaring international grain prices have also greatly influenced the dairy farming of Funaki Farm, Mr. Funaki is now under pressure to take measures to reduce feed costs by as much as possible.  Grazing cattle is an effective way to lower feeding costs, but it is difficult for him to develop new pasture due to geographic constraints and cost problems.  For this reason, he decided to start pasturage in abandoned paddy fields.

Mr. Funaki takes a leadership role in local villages, serving as the chairman of a regional group of agricultural instructors who are certified by the prefecture as persons to raise young people in rural villages into capable successors in agriculture.  He attended a workshop on grazing held by the prefecture earlier than other farmers and learned skills to use abandoned paddy fields as pastureland.  In 2006 (five years ago) he started using abandoned paddy fields as pastureland for the first time in the village by setting up a simple electric pasture fence around abandoned paddy fields with support from the National Livestock Breeding Center, the Fukushima Prefecture Kennan Agriculture and Forestry Office, and the village office.  As a first step, he sent two dairy calves (weaned and nonporous dairy cattle) to 0.63 hectare of abandoned paddy fields.  Since then he has enlarged his pastureland by accepting offers from local farmland owners who had abandoned cultivation, and now he grazes five cattle on about 1.1 hectares of land.

To build a electric pasture fence, Mr. Funaki used waste pipes from a greenhouse that he received from a protected horticultural farmer he knows.  He cut the pipes into 150-cm length pieces, fixed them in the ground at intervals of seven to eight meters as fence posts, and insulated them by fastening 12-cm length pieces of vinyl chloride pipes on them with commercially available metal fittings.  Then he stretched a wire for electric pasture fence from post to post at 50 centimeters and 90 centimeters above the ground, respectively.  As a generating facility, he adopted a small solar power generator developed for simple electric pasture fences in New Zealand. 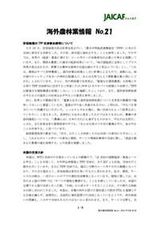 Although cattle feed on wild grasses selectively, it is necessary to sow garss seeds to enhance the feeding capacity.  For this reason, Mr. Funaki improved the grassland by sowing seeds of Italian ryegrass, orchard grass, timothy, etc. in autumn and by adopting the hoof cultivation method (a method to prepare pastureland with no mechanical power by utilizing the characteristics of the released cattle).  Currently, for example, he grazes two calves all day for a month in a grazing plot of 0.3 hectare.  His challenge for the future is to promote grassland improvement so that he can extend the period for which grazing is possible.

One needs to accustom cattle to electric fences before grazing them.  Mr. Funaki conducted this process near the cattle house, which was completed with relatively little effort.  Mr. Funaki said, as continuing all-day grazing for a long period increases the risk of making cattle wild, he goes the rounds of his grazing fields once a day to feed cattle a grain diet as supplementary feed and talks to and strokes them during each visit, with an idea of keeping relations of mutual trust between the feeder and cattle in his mind.  According to him, his cattle now run up to him even from a distance when he approaches the pastureland.

Mr. Funaki carries water in plastic tanks on his light truck and supplies water to water storage tanks installed at the grazing plots by using the car battery.

Because the abandoned paddy fields used for pasturage are located separately at several locations, Mr. Funaki has to use public roads to move cattle to another grazing plot.  Because cattle are likely to go on a rampage on public roads, the help of sturdy men and the greatest possible care are required.  Mr. Funaki conducts cattle transportation with help from an office staff in charge of livestock development of the Village.

As a pioneer in the region, Mr. Funaki has realized power-saving and low-cost rearing of dairy cattle by working on the utilization of abandoned paddy fields for pasturage.  He has also accepted requests from local owners of abandoned fields to revitalize unused paddy fields, which were scattered throughout the village after nearly 10 years of abandonment and devastation, as pastureland. As a result, he succeeded in reviving beautiful rural scenes of grazing cattle, which can be said to be his great achievement.   Many people now visit Mr. Funaki’s farm to learn about his pioneering efforts.