For the Provision of Safe and Tasty Milk

In Yachiyo City in Chiba Prefecture, which is near Tokyo, there is a dairy co-cooperative association that strives for the provision of reliable and safe milk to consumers in the Metropolitan area by implementing coherent quality control from milk production to distribution. It is the North Chiba Dairy Co-Operative Association formed by dairy farmers living in former Yachiyo-cho (currently Yachiyo City) in Chiba in 1951, soon after World War II ended. The association consists of 36 dairy farmer households and 16 beef cattle fattening farmer households, and all these farmers feed their cattle with a feed mixture specified and supplied by the association. The major ingredients of this feed are non-GMO (non-genetically modified) crops and PHF (post harvest free) corn (for which no agrichemicals are used after harvest). Milk, which is the leading product of the association, is produced in HCCP-certified milk plants that each farmer owns. Milk is treated by the HTST (high temperature short time) method (at 75°C for 15 seconds), which is believed to be the sterilizing method that can best preserve nutrition and flavor of milk. After this treatment, milk is delivered to consumers. In addition to milk, the association also sells yogurt, milk beverages, and beef. Since its establishment, the association has placed importance on direct connection with consumers; the products are directly sold to consumers without the use of distributors. Co-op stores and schools (for lunch programs) are the major purchasers of milk. In order to overcome the difficult operation environment in which milk consumption has been stagnant due to the aging population, the association continues to make its best effort to reinforce the connection with consumers and to produce and sell reliable, safe food, tasty, and reasonably priced products that consumers want.

Profile of the Association

The North Chiba Dairy Co-Operative Association was formed by dairy farmers living in former Yachiyo-cho (currently Yachiyo City) in Chiba at the end of 1951. Milk distributed at that time was low-quality milk mixed with coconut oil and consumer confidence in milk was wavering. Dairy farmers sensed a crisis in this situation and established the association because they wished to produce additive-free high quality milk and deliver it directly to consumers.

In the 1980′s and 1990′s, other farmers who lived in the Yachiyo area joined the association, and as a result, the association now has members across Chiba Prefecture. There are now 36 dairy farmer households and 16 beef cattle farmer households. There are also 70 employees who control the production, sales, and quality of products such as milk or provide members with training and instruction on agricultural management and techniques.

When the association was first established, milk produced by the members was shipped to dairy companies in Tokyo. However, in 1955, the association constructed its own milk treatment plant so that the members’ wish to deliver high quality fresh (additive-free) milk directly to consumers could be realized. The plant then underwent expansion and improvement, and in 1998, it became HACCP certified. The plant is now producing approximately 14,000 tons of milk per year. It was the association’s philosophy that direct connection with consumers and deepening of mutual understanding were important in order to increase production and consumption of good quality milk. Therefore, the association built collaborative relationships with universities, regional consumer cooperatives, elementary and junior high schools (for lunch programs), and community members who wished to drink good quality milk, and directly sold the milk to them. Currently, the largest client is Toto Consumer Cooperative formed based on a citizens’ group for good quality milk called the “Setagaya group for drinking natural milk at a reasonable price.” Approximately 40% of milk produced is now delivered to this cooperative.

In 1987, the association received the Asahi Agricultural Award for its achievements. Furthermore, they won the Chiba Governor’s Award in the High Quality Milk Production Competition in 1990, and they received this same award for six consecutive years after that. 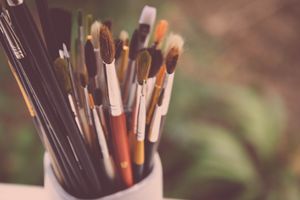 For the Production of Reliable, Safe, and Tasty Milk

With “Healthy Milk from Healthy Cows” as the catch phrase, the association has been implementing advanced milk quality improvement operations since 1976. Cattle feed, which is the foundation of the production of safe milk, has been supplied by the association. In 1995, PHF corn (for which agrichemicals to disinfect crops are not used) began to be used as an ingredient of compounded feed, and in 2000, the use of non-GMO crops started. These ingredients were approved after regular on-site inspections of production and distribution processes in the import source country (the US) by the feed manufacturer that manufactured the association-specified feed mixture. The association employees also conducted on-site inspection of the feed manufacturing plant so that the approved ingredients were used in the association-specified compounded feed.

The association has a database containing the following four information books: the information on farmer overview, the information on cattle management, the information of feed management and the information on exchange events between farmers and consumers. The producer overview book has data on the structure of the cow barn and milk pumping method used by individual farmers. The cattle management book shows animal fact sheet of all milk cows. The feed management book shows the feed that all farmers give to their cattle. The exchange event shows the record of interactions between farmers and consumers. Based on information contained in the database, the association creates and publishes Yachiyo Farmer’s Passport and Yachiyo Passport. Yachiyo Farmer’s Passport shows the milk production volume and farmer profiles while the Yachiyo Passport shows the feeding record of individual milk cows. Using these tools, consumers can check the reliability and safety of products by themselves.

Milk pumped by farmers is collected, sterilized at a plant, packed, and shipped. The association uses the HTST method to sterilize milk at 75°C for 15 seconds. Although many dairy plants in Japan use the super-high temperature short time method (120 to 150°C for 1 to 3 seconds) to sterilize milk, the association uses the HTST method to highlight the smoothness and flavor of fresh raw milk. For the two brands of milk Kodawari and Yachiyo-Bin, the milk is collected and treated in separate tanks by two designated dairy farmers. These brands are highly commended by consumers as milk of uncompromising quality. 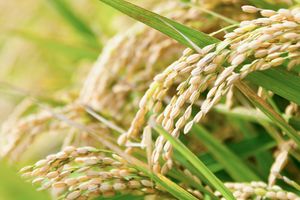 The association members are aging and shortages of successors have been a serious problem; there are 36 member households and among them, only 18 individuals are willing to take over dairy farming. Also, the coexistence of dairy farms and urban cities has become difficult for ecological reasons. Dairy farming requires a large amount of investment in environment-related facilities, such as sewage treatment facilities, and it has started to affect the finances of the members. Furthermore, milk consumption has been stagnant due to the aging society. Consumers are no longer satisfied with milk that is simply reliable and safe; it is necessary in the future to make milk more competitive in terms of taste and price. The association therefore, with the hope to further develop the dairy farming business, established the quality policy to “prioritize quality, assure traceability from production of ingredients (milk and meat) to product development, sales, and distribution, conform to relevant laws, implement full voluntary management, and deliver products to consumers.”